Headhunter Axe on Forged in Fire 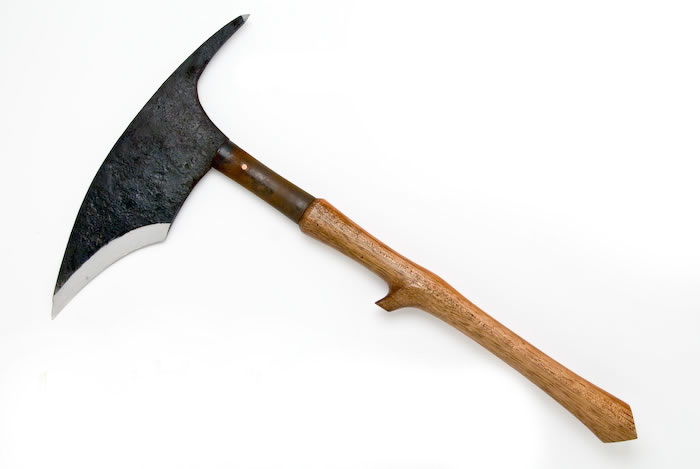 Season 8, Episode 10 “Headhunter’s Revenge” is one of the many Forged in Fire episodes featuring an axe but the first in this season.

The Headhunter Axe, according to Forged in Fire, is a tool and weapon from the Igorot tribe who hailed from the mountains in the Philippines. It’s not clear why they are referred to in the past tense on the show.

One of the interesting benefits to watching forged in fire it to see and gain exposure to weapons and tools from other cultures one may never have encountered otherwise.

Further research shows the Igorot refer to a collection of groups such as the Bontoc, Ibaloi, Ifugao, Isneg, Kalinga and Kankanaey who dwell in northern Luzon. They number an estimated 1.5 million as of the beginning of the 21st century.

The Igorot Headhunter Axe features a concave blade on one side and a shield puncturing spike on the poll side. The head of the axe also features a collar guard that forms the upper part of the handle. The Forged in Fire example has what appears to be an integral collar guard and a sharpened edge on the poll-side that feeds into the spike in a variant of a double-bit axe.

Because of the concave, crescent shape of the edge (or edges) I expect it would be less effective at chopping, and more used for hooking, slashes and stabs.

Handles range from simple wood to ornate designs with metal inlays. The handles on the various examples I’ve seen are mostly wooden, with a swell that protrudes from the handle approximately halfway up and facing forward. 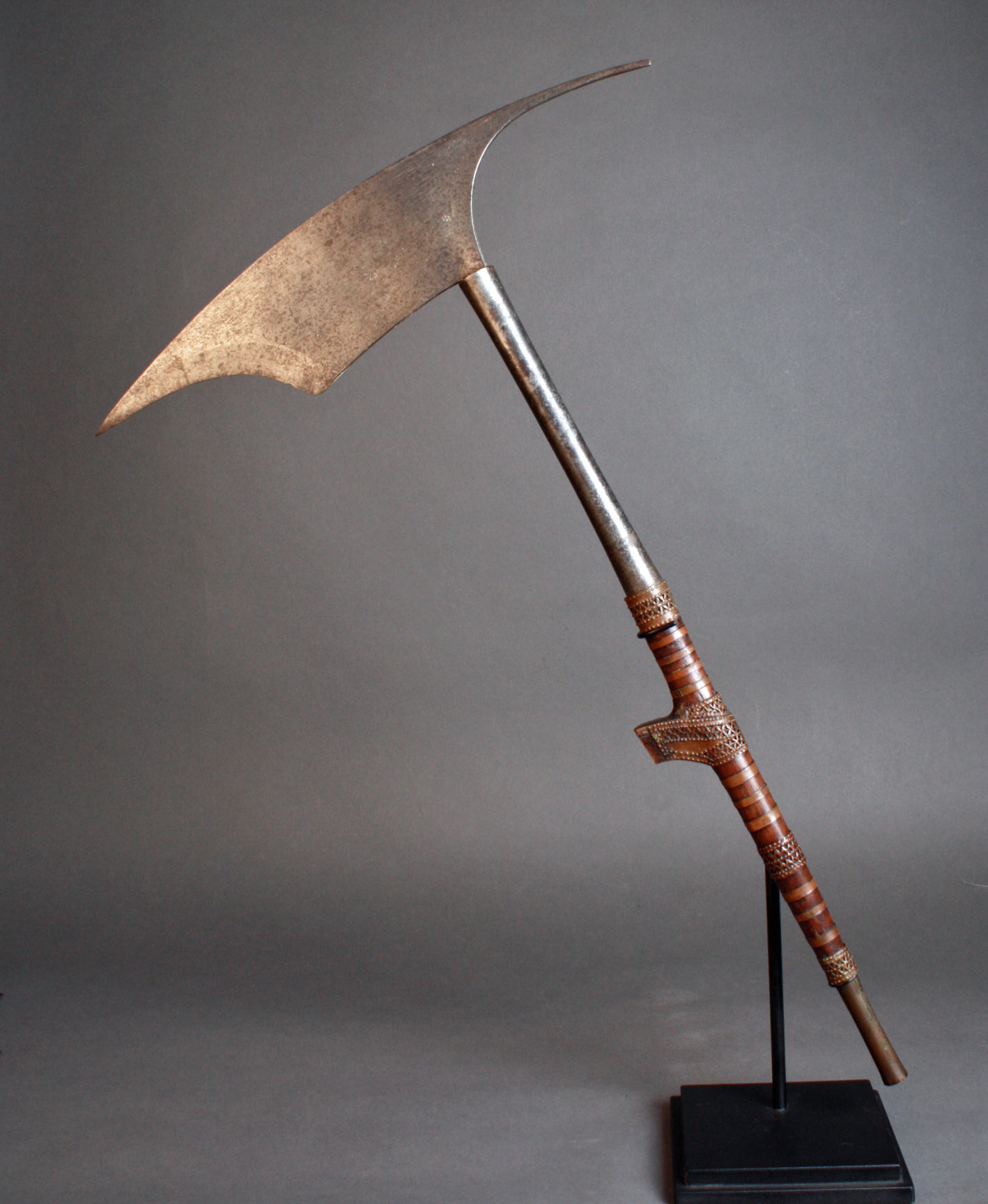 Host Wil Willis did not return for season 8. Grady Powell does a fine job but I do miss Wil. While Willis did bust chops sometimes, I remember several shows in which a smith, struggling with something, would get a word of encouragement or praise from Wil.

This show has somewhat of a time theme.

Round one is “pick your poison” scenario where depending on the challenge chosen by the smith, they would get more or less time. Round two continued this theme. Depending on how complex of requirements the smith chooses, determines how much time they get to complete the stage.

The two remaining smiths, Jordan and Jerry are given a shortened 3 days to craft an Igorot Headhunter Axe.

Jordan chooses to create his Headhunter Axe out of Damascus. A gutsy move given the shortened timeframe.

He left a tang on the head of the axe, then fit the handle around it, adding a cylindrical collar guard (also Damascus) and 2 pins to hold the entire assembly together, presumably with the additional security provided by epoxy.

The other smith in the final round, Jerry, crafted his Headhunter Axe out of a single piece of steel. He also went a different route to affix the head to the haft. He welded a socket to the axe head and then fit the handle to the socket, he presumably used epoxy in addition to the single pin.

During the testing Doug seemed to appreciate the Polynesian “tattoos” burnt into the handle.

From an aesthetic perspective I prefer the look of Jordan’s Axe. The Damascus is stunning and the collar guard, also made out of Damascus, with 2 pins, is both elegant and functional.

Unfortunately, the design that Jerry went with was not strong enough to hold up to J. Neilson rage beating the axe against an animal skull.

Because of the way it split I strong suspect that Jerry did not orient the grain on the wood correctly. 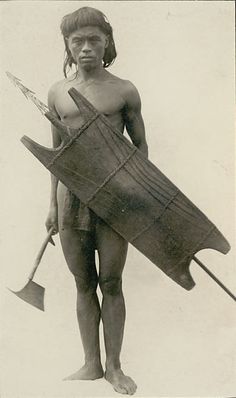 Igorot Warrior with a Headhunter Axe 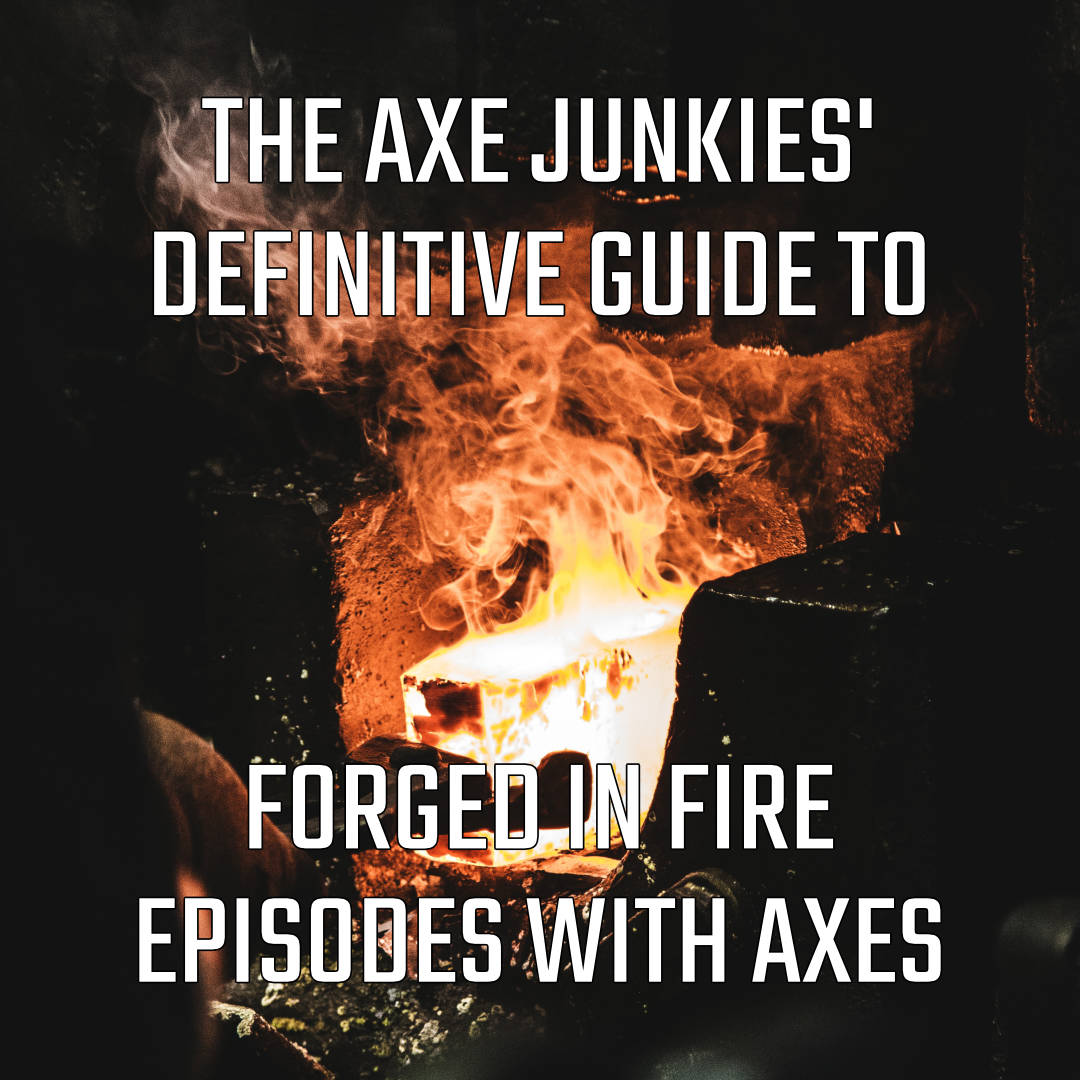 Some people claim that grain orientation on an axe doesn’t matter. It is certainly just one factor among others. The health of the wood, and the presence of excessive grain runout or pits or knots can also cause a handle to fail. But I think this is an example of grain orientation mattering.

It is great to see the first season 8 episode featuring an axe. The most axes in a season of Forged in Fire is a tie between seasons 5 and 7, which both had five episodes with an axe. Hopefully there will be at least four more axe episodes.

Note: The top image of this article is from TraditionalFilipinoWeapons.com.